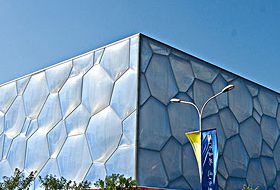 Belize, formerly known as British Honduras, is a scenically beautiful, independent country located on the Caribbean seaboard of Central America. The following a brief introduction of the location: -

Belize has an area of approximately 23,026 sq. km, and is bounded by Mexico to the north and Guatemala to the west and south. The administrative capital is Belmopan, but the major commercial centre is Belize City, which is located on the eastern coast close to the major international airport.

The total population of Belize is around 400,000 of which some 61,500 live in Belize City. Much of the country's population is ethnically diverse and includes descendants of the original Mayan culture and people of Caribbean, Caucasian, Chinese and East Indian descent.

Belize has a long history of peace, stability and democracy. It became a British Crown Colony in 1862 and achieved complete self-rule in 1981. Belize is a member of the British Commonwealth, the United Nations and the Non-Aligned Movement.


Belize, which recognises HM Queen Elizabeth II as head of state represented by a Governor General who must be a Belizean national, is a parliamentary democracy and constitutional monarchy. The National Assembly is composed of the Senate and the House of Representatives, the Senate has 12 members, and the House of Representatives comprises of 29 members, directly elected at intervals of no longer than five years. The prime serve and cabinet have official control.


There are two main political parties; both parties are committed to the economic development of the country and the encouragement of overseas investment.

Belize's unspoiled environment with cays and barrier reef make it a popular destination for eco-tourists, whilst its clear unpolluted waters are excellent for swimming, diving, fishing and other aqua sports.


The country also offers a unique mix of unspoiled woodlands, caves, rivers, mountains, waterfalls and jungle, in addition to a wealth of Mayan archaeological sites. There are also forest reserves, wildlife sanctuaries, marine resort areas and the world’s only jaguar reserve.

The official and spoken language is English.

Belize use Common Law that is based on English Company Law.